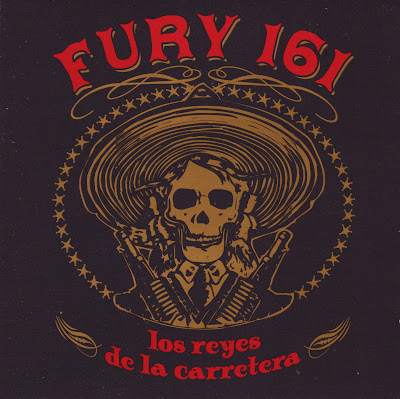 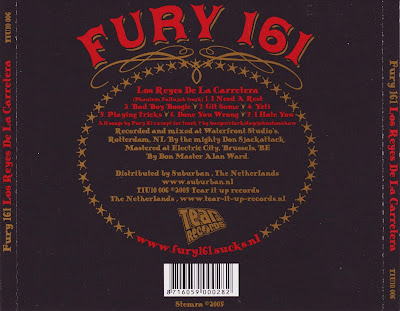 Frank D. : You hear it all the time: "The only bands that play good old fashioned rock'n roll are from Sweden and Norway nowadays.” But now, we have a Dutch answer! The name of this post punk monster is Fury 161, also known as the galloping consumption with (ex)-members of 7Zuma7, the Apemen, 69 Charger and the Madd.
With a vigorous sixties garage punk sound which brings back memories of greats like The Pretty Things, Thirteenth Floor Elevators and The Sonics the band races through the seven tracks on the MCD 'Los Reyes De La Carretera'. Whether it is due the background vocals during 'Playing Tricks', the organ of Don Derdag or the typical vocals of Don De La Tourette stays unclear, but the picture of a band that declares war on the "Happy Days” music in a garage in a sleepy suburb in 1966's Dallas pops into mind and is there to stay. Fury 161 sounds authentic, but original at the same time. Tracks as 'Git Some' + 'Bad Boy Boogie' prove that sounding old fashioned doesn't have to be a negative thing...
In conclusion, Rotterdam based Fury 161 comes up with a catchy record, which is going to frequent my CD player a lot this summer.    -Source
They boiled up from the sewers of Rotterdam in 2000. Inspired by the likes of: Sparkles , Monks , Standells and other giants of the 60’s garage era, they soon found their own garage to start bumping and grinding.
This resulted in a 4 track 7inch released in 2001 the “Allstar Wrestling Matches”, which got good reviews worldwide.
After this fine piece of work they we’re joined by the mighty Don Juan Peyote, who completed the band and made things a little smoother. This resulted in more gigs with the likes of: Zeke/Nomads/Hard Feelings. Soon after this Don Larvey K-tel (vocals) called it a day. The mighty fury had a big tour coming up so they decided to let Don De La Tourette take over vocals & Don Druff grabbed the bass (everybody still following?)
They premiered in this line up on the “Revenge Of The Rock’n Roll Monsters” tour starring: Peter Pan Speedrock, Apers , Spades & El Guapo Stuntteam, which turned out to be a big success.
After that they started working on new songs which resulted in “Los Reyes De La Carretera” (7 tracks of the best soulstompin’ garagepunk that ever came from the lowlands). Restored to a 5 piece outfit (Don Perignon has joined the ranks) they are now ready to bring this mayhem upon you.    -Source 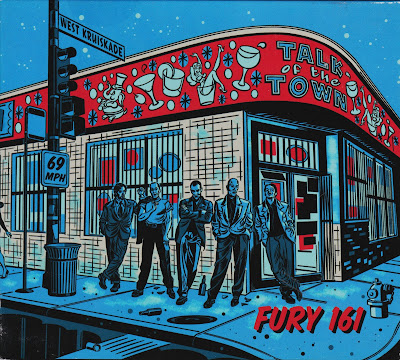 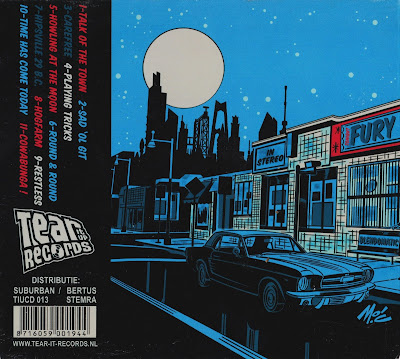 I couldn't find any reviews for this album, but you can be shure, it's as good as "Los Reyes De La Carretera". In my humble opinion it's even better. Here are a few songs to listen to ... then decide for yourself ... and last but not least I really want to mention this incredibly great cover artwork by Mitch O'Connell.

Email ThisBlogThis!Share to TwitterShare to FacebookShare to Pinterest
Labels: Fury 161